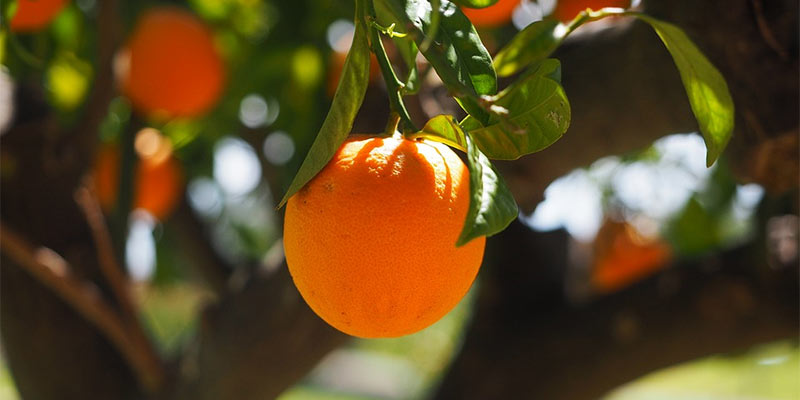 Citrus fruits like oranges, tangerines, lemons, limes, and grapefruit are grown all over the world, with countries like China, Brazil, India, the United States, Spain, Mexico, Egypt, and Iran being some of the top citrus-producing countries internationally. Globally, some 124.25 million metric tons of citrus fruits were produced in 2016, with the U.S. citrus fruit industry contributing just around 7.82 million metric tons, according to data from the Food and Agriculture Organization (FAO) of the United Nations. Nevertheless, the American citrus fruit industry was still worth a lot, with the United States Department of Agriculture estimating the crops’ packinghouse door value at $3.44 billion during the 2016-2017 growing season.

Indeed, citrus fruits are some of the most commercially viable crops in the world. Grown correctly in right conditions and cared for with the help of the best technological and traditional cultivation practices, citrus fruit trees can reward growers and orchard operators with abundant, high-quality yields.

Some of the most important determining factors of successful citrus farming are appropriate climate, favorable soil nutrient content, sufficient exposure to sunlight, ample irrigation, and proper management and control of pests and diseases. Technical procedures such as aerial spectral imagery for citrus farming can help citrus fruit producers make important resource allocation decisions by providing them with real-time plant health information throughout the growing season. These include being able to optimize irrigation, detect pests and diseases, and identify nutrient deficiencies for proper fertilizer utilization.

If you’re a commercial farm operator who is thinking of venturing to citrus fruit production, you should know that citrus fruits are commercially important commodities that afford added value to growers because so many other products can be derived from them. Check out some of these in the short guide below.

Naturally, much of the citrus fruits grown around the world are produced for direct consumption as fresh fruits. Important varieties of citrus fruits include natural and cultivated citrus hybrids like oranges, tangerines, lemons, limes, and grapefruit, although other important varieties include ancestral core species like kumquats, pomelos, citron, papedas, and mandarins, as well as a whole host of other citrus fruits hybrids.

Citrus fruits are also cultivated for juice production. According to the FAO, citrus juice can be mechanically extracted or pressed from the fruit, or it can also be obtained using a concentration process in which the water is physically separated from the juice until it has not less than 20% of solids by weight. To prepare it for consumption, the concentrated juice can then be reconstituted with water.

Even other leftover products from citrus fruits such as culled fruits, peels, and juice pulp and membrane can be processed into other commercially important by-products. These include cattle feed, which, according to a study from the University of Florida, has been a practice since the 1920s. Solid waste products and residues from the fruit production can be conveyed to a feed mill to create dried citrus pulp pellets for use in animal husbandry.

People have been extracting oil from citrus fruits since the ancient times, although modern processes today can yield oils on a much larger scale and with far better efficiency. The oil is usually recovered from the fruit during or before juice extraction with the aid of water. The water and oil emulsion is then separated using centrifugation processes that can recover as much as three-quarters of the oil content of the fruits. The oils themselves have a huge number of applications, from being used as food flavorings and as major ingredients in perfumes and cosmetic products to being used industrially as feedstock for adhesives, cleaners, solvents, and many other products.

A heteropolysaccharide found in the cell walls of citrus fruits, pectin is another important by-product that is derived from citrus fruits. It is primarily used in food production as a gelling agent, thickening, agent, or as a food stabilizer, and it can be found as an ingredient in many industrially produced food products, including jams, jellies, sauces, juices, milk beverages, candies, and desserts.

Another by-product of citrus juice extraction and cattle feed production is citrus molasses. To create molasses, the pulp derived from juice production is mixed with lime and then pressed with a vertical or horizontal press to remove the moisture. The liquid produced is then strained, removing the larger particles before it is heated and concentrated in waste heat evaporators. The resulting citrus molasses is composed largely of dry matter and sugars. This by-product can be used as feedstock by ethanol producers and distilleries that make consumable alcohols.

With the usefulness and commercial importance of citrus fruits, it’s easy to understand why they are grown by many commercial crop producers. How about you? Will you be growing citrus fruits in the foreseeable future?