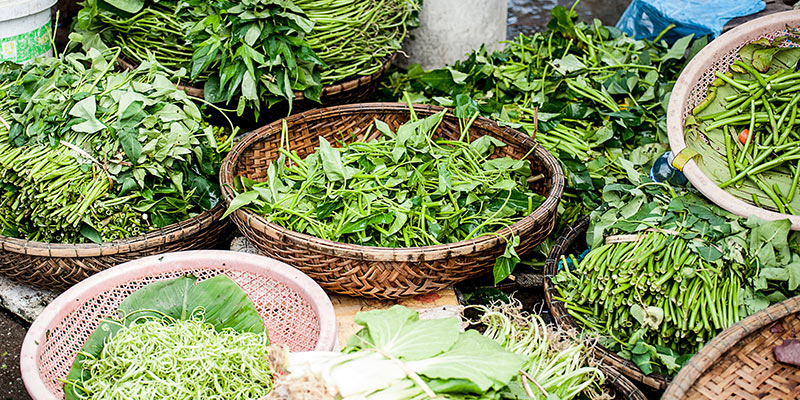 Growing herbs in your garden or in pots on your deck usually means a round-up of the usual suspects. You’ve got your basil, your mint, your oregano, and so on. But what if you want to shake things up? You have lots of options.

If you want to try something new in your cooking or garden this season, try growing one or all of these rare and unusual herbs which you can enjoy in a seasonal meal from the comfort of your covered patio.

Borage might not be as familiar as herbs like thyme or sage, but it has a lot to recommend it. If you grow it, you can expect it to produce brilliant blue, star-shaped flowers in the middle of summer. Those flowers aren’t only pretty to look at, they also taste good, with a flavor that’s similar to the taste of cucumber. Borage is an annual herb, meaning it will die at the end of the season. Most are self-seeding, so don’t be surprised if a few baby borage plants make an appearance the next year.

No, that’s not a typo. Culantro, sometimes known as false coriander, is a herb with long, pointed leaves. According to Bonnie Plants, it is often used in Asian, Caribbean, and Latin American cuisines. Culantro has a similar scent to cilantro, but a much stronger flavor. It is prone to going to seed when the weather heats up, so be sure to harvest your leaves early and often to get the most from your plant.

Horehound looks similar to mint and is related to members of the mint family. It’s much less commonly grown by gardeners, though, despite its many benefits. For example, horehound is thought to help clear respiratory problems, according to Mother Earth News. You can boil the leaves of the plant to create homemade cough drops, if you want. The leaves are also one of the bitter herbs eaten during a Seder.

Rue isn’t a herb you grow to eat. Its leaves are bitter, can cause digestive issues and can even give some people a rash that looks like poison ivy. But if you can avoid rubbing it on your skin or eating it, rue has some benefits. For one thing, butterflies go crazy for it. For another thing, cats don’t like it and will leave your garden in peace if rue’s around.

Also known as perilla, shiso is a member of the mint family that hails from parts of Asia. It’s used in numerous cuisines and has a minty scent and flavor. The plant is also a good source of Omega-3’s, which is rare in the plant world.