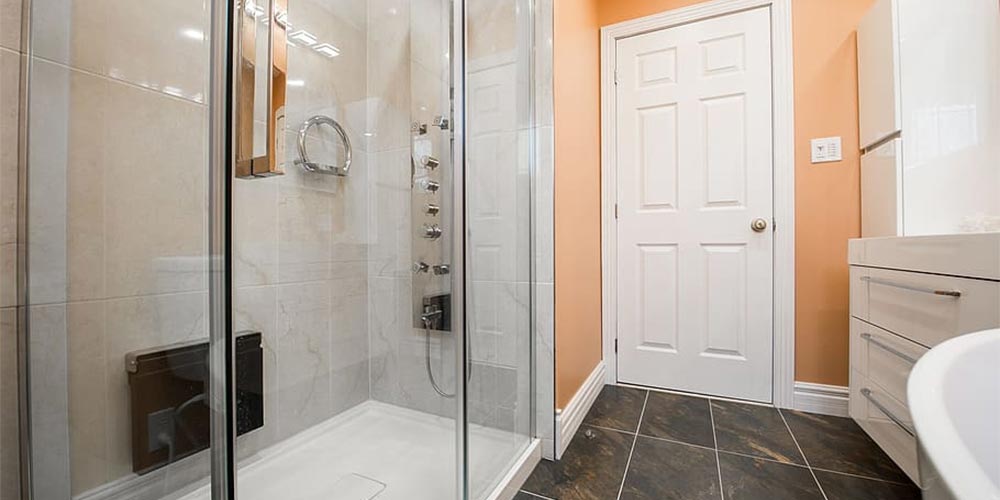 A bathroom renovation can be expensive, so it’s important to devote plenty of time to the planning stage. Decide where you want the main fixtures and fittings. Keeping everything in roughly the same place will save money, but if you are going to the trouble of giving your bathroom a makeover, it sometimes makes sense to reconfigure the space so that it works more intuitively.

Most homes have a shower these days. Baths are relaxing, but when you are being pulled every which way, squeezing in a quick shower is sometimes the only option. Ideally, your bathroom will be large enough for a bathtub and a shower. If so, consider installing a walk-in shower rather than a shower cubicle. Read on to learn why this is a better idea.

Unlike shower cubicles, walk-in showers don’t have doors. There is typically a shallow tray and a glass screen. You can enter the shower from one side or both sides, depending on the configuration. You also have a lot of choice in terms of size: trays vary from relatively small 1400mm trays to 1700+mm trays. They also come in a variety of finishes, including slate effect and stone resin – visit a luxurious bespoke bathroom designer like nonpareilsolutions.co.uk to learn more.

If aesthetics are important and you want to design a sleek, modern bathroom, a walk-in shower is perfect. They boast clean lines and simple styling – no fiddly doors or mouldy shower curtains. You can even fit the tray so it is level with the floor if you want a truly seamless look.

A big advantage of walk-in showers is that they are easy to clean. Unlike shower cubicles with sliding doors, there are no inaccessible spots that are impossible to reach with a cleaning cloth. Instead, you can wipe the glass screen down with a squeegee each time you take a shower, and polish the tray as often as you like. It is much easier to keep a walk-in shower screen clear and free from limescale watermarks, which is a big plus if your bathroom sees a lot of traffic each day.

Plenty of Room to Play

When you have a large walk-in shower, your kids have plenty of room to sit and play under the jets of water. While you may not want to waste water, it’s nice for kids to have room to move around. You can even take a shower with them and condition your hair while they submit to having their hair washed.

Speaking of plenty of room… if taking a shower with your partner (or someone else!) appeals, a walk-in shower is handy to have. Squeezing two people into a small shower cubicle can be tricky, especially if either of you is plus-sized. And let’s face it – being squished against a cold tiled wall by a larger partner while they rinse shampoo into your face isn’t sexy.

Fit a walk-in shower with a tray large enough for two and romantic shared showers are in your future. Just be sure to invest in some high-end shower gels and body scrubs.

A walk-in shower is a great investment; it could even make your house easier to sell!