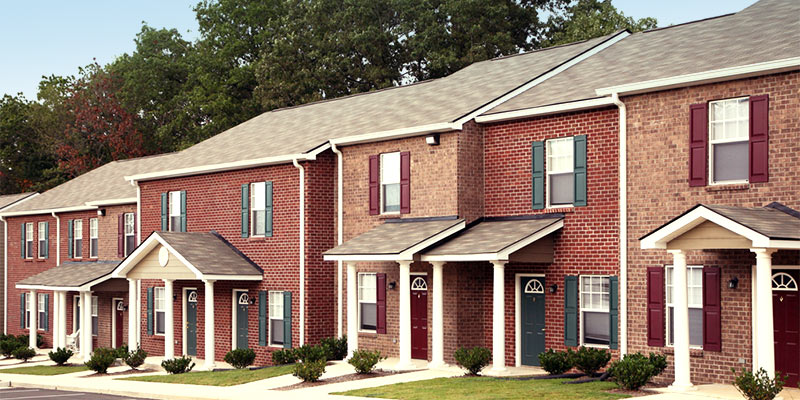 For renters and homeowners alike, HOAs, or homeowners associations, are both a blessing and a curse. On the one hand, HOAs are in place to provide upkeep and maintenance to public areas in housing communities and suburbs, protect the residents of those communities from unfair laws and legislation, and enforce rules that ensure the area remains beautiful, and livable, for current and future residents. On the other, HOAs often enforce their strict rules with an iron fist, often threatening fines, lawsuits, and potentially police involvement for those who violate their agreements.

Regardless of whether you love the idea of an HOA agreements (sometimes also called a “covenant”), or despise them, if you’re moving into an area where an HOA holds sway, then you’d best ensure you’ve read and understand what you’re responsible for doing to hold up your end of the agreement. In most cases, these requirements aren’t anything especially straining, or things that you wouldn’t normally do in the course of caring for your home.

To help you get started, and start purchasing any tools or resources you’ll need to comply with the HOA’s rules, here are the most commonly associated landscaping requirements that you’ll need to abide by while owning or renting under an HOA.

Keep your Property Neat and Free of Debris

I’d be willing to bet my next paycheck that this one will be listed on every standard HOA agreement in the country, whether you live in a suburb or out in the country. Unkempt yards are a tell tale indicator of neglect and abuse towards the rest of the home. It looks shabby, and will quickly send prospective residents looking to buy or rent in the neighborhood seeking a home elsewhere.

Most of the time, a simple mowing and weed-eating job, that you do yourself, will do the trick. However, if you live in some more upscale areas, you may need to leave your landscaping to a professional mower. This is because some HOAs are very severe, and require that the grass be uniform across the entire property. Sometimes, those cheap push mowers you find at Lowes just aren’t up to the task.

These rules can also cover more advanced yard work, such as edging, landscaping, and tree trimming, and for instances like that, you definitely don’t want to skimp on having your yard professionally maintained.

Along with mowing, most HOAs require that you keep your yard free of debris, including garbage, leaves, and pet droppings.

Control Pets at All Times

Speaking of pets, it’s all but guaranteed that most covenants will have something to say about your dogs, cats, and other creatures. Often, these are pretty common sense, courtesy-centric rules, such as requiring that your pet be on a leash whenever outdoors. They also usually specify that you pick up your pet’s droppings, on your property, in other peoples’ properties, and especially in common areas.

Some HOAs will take it a step further, and prohibit certain breeds in the area. Pit Bulls are a common breed that’s targeted, mostly due to ignorance and cowardice, formed from misinformation about the “high aggressiveness” Pit Bulls display. It’s completely unfounded and foolish, but may be in your regulations, regardless.

Another common rule that you’ll find in most HOA agreements, parking is heavily regulated, depending on where you live. The more isolated you are, the more lax your rules will be. But if you live in condensed, highly populated areas, like a suburb or apartment complex, you can bet that there will be some strict limitations on where, and when, you can park your car.

An example you see pop up frequently is parking on the curb in the street – most often, it’s allowed during daylight hours, but when evening comes, most HOAs dictate that cars need to be off the street.

If you live in a house with a garage, the HOA rules can be downright overbearing. In one extreme example from 2008, a Texas man was told by his HOA that he couldn’t park his Ford F-150 pickup truck in his own driveway, because it wasn’t “fancy enough.”

Instances like this are rare, but they do happen. The best way to avoid this is to understand your HOA rules before you move in, abide by them as often as you can, and understand your options for disputing rules you think are unfair, unjustified, or just downright stupid.